Press enter to begin your search

The C.E.O. and co-founder of Vntana is a leader in providing hologram technology for events.

The C.E.O. and co-founder of Vntana, a company that provides interactive hologram technology for brands, worked with her team to create a hologram of Elliott in her trash bag suit from the music video for “The Rain (Supa Dupa Fly).” The hologram was incorporated into a video booth that rendered participants in the outfit. The consumer experience in New York—which coincided with Elliott receiving the Video Vanguard Award at the 2019 V.M.A.s—is just one of many events for which Crowder and her team have created memorable holograms.

Originally from suburban Washington, Crowder, 33, has a background in engineering and said she’s always loved building things. After earning a master’s in engineering management from the University of Southern California, Crowder eventually founded Vntana in 2012 in Los Angeles. 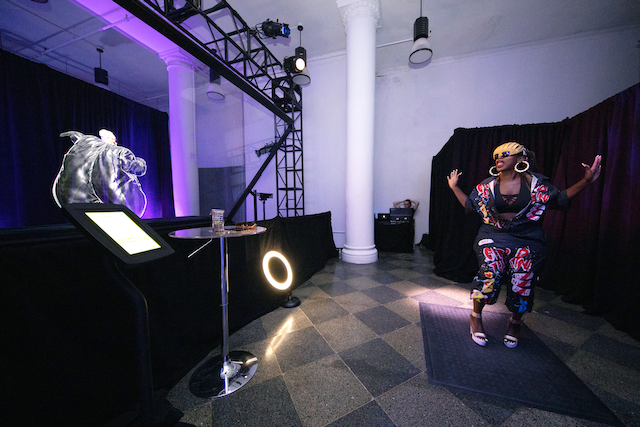 At MTV’s Museum of Missy Elliott, Vntana created a hologram for a video booth that rendered guests as the rapper in her iconic trash bag outfit.Photo: Courtesy of Vntana

When Crowder first launched the company, it mainly worked with musicians who wanted to play multiple venues at the same time via holograms. After working a few concerts sponsored by brands, she said the company’s focus shifted to brands that were interested with engaging with consumers at events. Since then, the company has created presentations for brands such as Microsoft, Lexus, Mercedes-Benz, Intel, and the Knot.

Crowder believes that Vntana’s holograms resonate so well with event attendees because they offer a group experience. “Everyone is excited about the potential of A.R., V.R., and mixed reality. But holograms are a standalone version where you don’t need wearables,” she said. “And there’s still a ‘wow’ factor there. Everyone can watch and interact with our holograms together.” 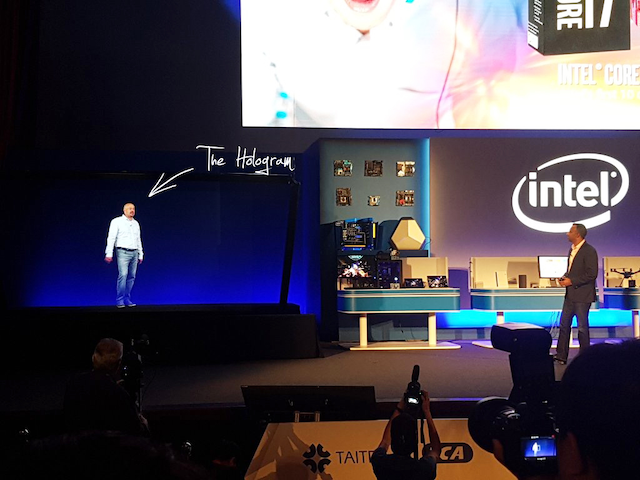 With Vntana hologram technology, an Intel executive was projected on stage to deliver a keynote at Computex in Taiwan.Photo: Courtesy of Vntana

Vntana’s hologram technology isn’t limited to event centerpieces; the company also has created tech that provides unique event solutions. It worked with Satisfi Labs to develop an artificial intelligence hologram that doubles as a chatbot that can listen to attendee questions and offer instant answers.

Initially, Vntana had to develop its own software to create things like 3-D content. The next step for Vntana, Crowder said, has been licensing the software to other people who can then create their own content like augmented or virtual reality.

“The best ideas are ones that haven’t been done before,” said Crowder. “Never say ‘No, because…’ Change that sentence to ‘Yes, if…’ It’s all about reframing your mindset.”

Back to the Most Innovative People in Events and Meetings list

Give us a call! Schedule Consultation