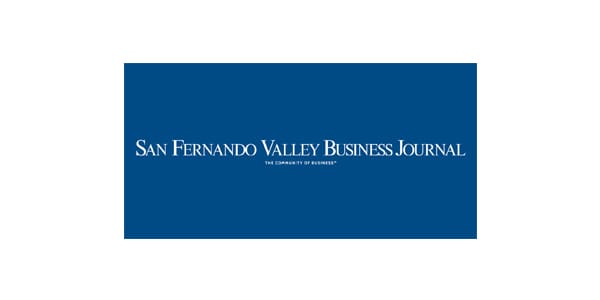 In the back room at Van Nuys tech firm Vntana, Chief Executive Ashley Crowder demonstrates a 3-D, spinning Pepsi logo – a holographic image that reacts to her movements.

Swiping her hand, Crowder makes the logo spin inside a display. Dancing a disco step, a holographic disco ball appears.

If Crowder were interacting with the holograms at an event – sponsored by Pepsi, for example – she would get an image file of her performance that she could share online through Facebook or other social websites.

“That is what brands want,” Crowder said, who is also Vntana’s co-founder. “That user-generated content for social media is advertising gold.”

Formerly headquartered in Santa Monica, Vntana relocated to the Central Valley late last year. The company has about 10 full-time employees, mostly in technical positions, and 10 contractors in Los Angeles and Chicago who set up the holographic displays at trade shows and corporate events.

Taking space in the Valley made sense as the Vntana team was spending up to three days a week on the road visiting vendors in the Valley. The office on Hayvenhurst Avenue has a loading dock and a warehouse housing the company’s research and development activities.

Being close to the Van Nuys Airport is a plus, too. Last month, chipmaker Intel Corp. hired Vntana to do an event in Taiwan and gave it only three days to get equipment on a plane.

“Having access to those logistics is very helpful,” Crowder said.

The discovery of holograms dates back to the late 1940s and came out of research that aimed to improve the resolution of electron microscopes.

Vntana creates a 3-D holographic effect which is not a true hologram. Holograms are created with light field technology – think Princess Leia reciting “Help me Obi Wan Kenobi” from the first “Star Wars” movie. But that technique is expensive, limited in size and color spectrum and doesn’t look very real, Crowder said.

“Eventually, it will be better,” she added.

Other companies that do holograms include Musion in London, Leia3D in Menlo Park, FilmOn HologramUSA in Beverly Hills and AV Concepts in Tempe, Ariz. Munson and AV Concepts caught media attention in 2012 when they debuted a holographic effect of late rapper Tupac Shakur at the Coachella music festival.

As far as Crowder knows, her company is the only one creating interactive holograms, she said. Vntana would not disclose the cost of its systems.

As an example of customizing products, Crowder described a scenario in which shoppers at a shoe store or car dealership could use the technology to design products they can then preview as 3-D holographic images before buying them.

Kannyn MacRae, Technocel’s director of product management and marketing, said the hologram depicted a battery that slides onto a cellphone one year and a wireless charger the other year.

Both years the Tylt booth was a big draw in an environment where lots of technology competes for attendees’ attention, MacRae said.

“We were able to get them to stop, and deliver our message using the Vntana technology,” he added.

Lindsey Carnett, chief executive of Marketing Maven PR in Camarillo, said hearing about how Vntana connects its holograms with marketing makes her wonder what other new technology yet to be invented could integrate with social media.

The imagery could also help increase consumer engagement, she said, as chief marketing officers at national brands are forced to find ways to do that better.

“The more that innovators like these guys (Vntana) can do to make CMOs look good in front of the board, and improve marketing results, and make them more measurable, the more successful brands like these will be,” Carnett said.

Crowder is a formerly-educated engineer with multiple degrees from USC, while co-founder and Chief Operating Officer Ben Conway graduated from USC’s Marshall School of Business. The pair met there and started Vntana in mid-2012, and took Vntana from the Spanish for window, “ventana.”

They raised funding from private investors in Los Angeles, New York and China, including Tylt Ventures, a firm started by Technocel Chief Executive Rami Rostami. Crowder would not disclose the investment amounts.

One challenge Crowder and Conway faced was the cost of developing their system’s proprietary software and hardware.

It was doable, Crowder said, by reinvesting money back into the company made from going to events and because of the team she and Conway assembled. That’s because Los Angeles graduates more engineers than any other city and also is the place for content creation.

“Especially the Valley, there are a number of production houses out here,” she said. “It is the perfect place to be.”

Early on, the technology was used with deejays, such as when Nicky Romero appeared in a concert sponsored by South Korean car maker Kia Motors Corp. in 2013 and a year later with Paul Oakenfold.

Now the company is pushing for the holographic images to be separate from a concert and give fans a way to interact with performers that might not be possible otherwise. This summer, for example, Vntana displays will hit the road with a Grammy Award-winning singer – Crowder couldn’t say who – and fans will be able to perform karaoke with the singer’s holographic image. Afterward, fans will receive a video of the performance.

Vntana holograms have also been used at corporate events, such as a Microsoft Corp. presentation in New York, and at the U.S. Open tennis tournament, where fans could lob a tennis ball to a hologram of tennis star Roger Federer to hit.

And there’s the Hollagram, what Crowder calls the “photo booth of the future,” which allows people to have photos taken of them as a hologram that they can share with family and friends.

The Hollagram has appeared at bar mitzvahs, engagement parties and corporate events, including the Business is an Adventure event put on in February by Virgin Atlantic.

But to get the system out to more events, Vntana has talked to photo booth rental companies about offering holographic displays, because the company lacks the resources to send staff to the many events that want to rent one, Crowder said.

“We’d love for someone else to take the technology to an event and then Vntana staff can push the software remotely, she added.

Liz Tassey, director of marketing for the developer experience group at Microsoft, was turned into a Vntana holographic image to give a presentation at a hackathon at USC last fall.

“I lived out all of my ‘Star Wars’ nerddom fantasies I had as a kid,” Tassey joked.

She called Vntana a technology that once seen, is easily understood.

“That is why we loved it, particularly for the student audience, because it exposes them to real cool technology in a real accessible way,” she added.

Tylt wants to continue working with the company for CES next year, MacRae said. The trade show booth, however, is being redesigned so the holographic display is inside where the sales meetings take place rather than outside.

Vntana is also looking at a pay-to-play model installed at a baseball stadium, as an example, where fans could pitch baseballs to a holographic version of that team’s star player – for a price. The fan would receive a video of the experience.

“There would be revenue sharing on that,” Crowder said.

Movie theaters, too, could feature the displays as engaging replacements for the inanimate cardboard movie star cutouts.

“You can have hologram Johnny Depp inviting you in to ‘Pirates of the Caribbean 5,’” Crowder said.